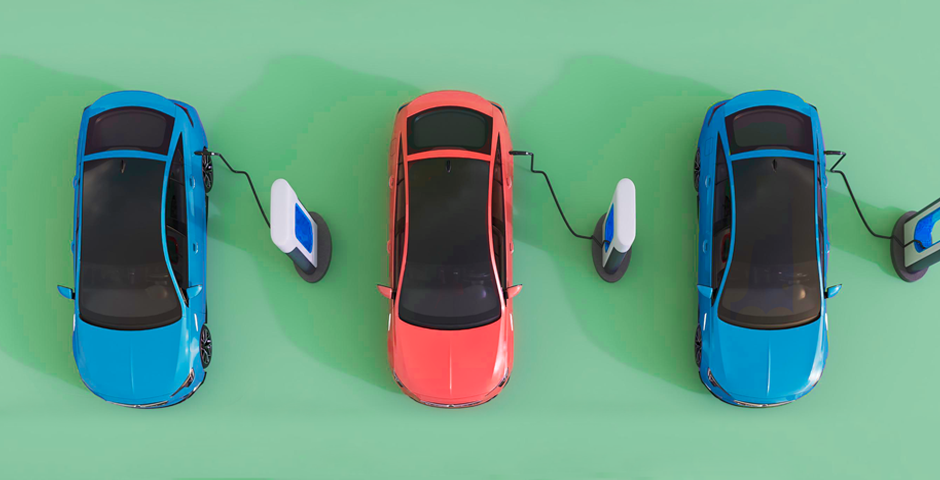 You won’t have escaped the news that the sale of electric cars is well and truly booming!

With the number of electric cars available soaring, prices beginning to really come down and fuel costs soaring, now is a good time to consider making that step across the divide and purchase an electric car.

But if you’re new to the electric car world, as many people are, it can be a confusing situation. How far can they drive on a single charge? Can I charge them from home or do I need to find a dedicated charging point? And how do they measure up against traditional petrol-fuelled cars?

There’s a lot to go through before making a purchase, which is why we’ve put together this guide to electric cars to help you pick your way through this strange new world to find the right car for you.

What are the main types of electric cars available?

In reality, electric cars come in a wide variety of different models and types, which include,

Many of the differences concern battery lengths, charging and emissions, but many of the overall features remain the same.

In terms of specific models, some of the most popular around at the moment are the Nissan Leaf, Renault Zoe, BMW i3, Kia e-Niro and Soul, Hyundai Ionic and Kona, VW e-Golf, Jaguar I-PACE and Tesla Model S, Model X and Model 3.

You definitely need to be careful when buying a used electric car. Battery performance fades over time, and even if that effect is not as bad as was originally thought, hard use and poor care by a previous owner can leave you with much less range than the car originally had. Make sure you insist on a lengthy test drive on a full charge to get a feel for how the battery is performing before deciding.

How much do electric cars cost?

Cost has long been a detrimental factor for electric cars, but recent years have seen the price of many models come tumbling down.

While prices may still seem high, it’s important to balance against savings such as not having to purchase petrol, reduced toll fees and the electric car grant.

Are there grants available?

Not only does it make sense on a personal level to purchase an electric car, but it’s great for the environment too. With this in mind, a grant of up to €5,000 is available for anybody purchasing an electric car as long as its price is above €14,000.

For a further breakdown of the electric car grants, you can visit the Sustainable Energy Authority of Ireland’s website.

Different levels of Vehicle Registration Tax or VRT reductions apply to hybrid and electric cars. Series production passenger cars (VRT category A) that are powered only by an electric motor and registered before 31 December 2023 are eligible for relief from VRT up to a maximum amount of €5,000.

The reliefs are applied automatically by Revenue at point of registration in a Centre or on Revenue Online Service (ROS). No additional application forms or requests are required to avail of them. Similarly, the VRT calculator incorporates the relief automatically when calculating the estimated tax, if you are researching a qualifying vehicle. Relief for hybrid and plug-in hybrid cars expired on 31 December 2020.

What distance can an electric car go on one charge?

Another point of contention for would-be electric car purchasers has always been the amount of drive time you get from a single charge.

Again, this is one area where things have come along in leaps and bounds in recent years and every electric car currently on the market today can do at least 250 km per trip. And that would be for entry-level vehicles. For the more advanced (and more expensive) models, that figure would probably be between 350km and 450km, while some Teslas can reach as much as 560km.

Every electric car will be slightly different, so it’s important to be clear on what your need and usage before making a purchase.

How much does it cost to charge an electric car?

While you’ll certainly be saving money by not having to go to the petrol station and pay those exorbitant prices, driving electric cars certainly is not free, and unfortunately, Ireland has some way to go to bring charging costs down.

Ireland is currently the 4th most expensive country in Europe to charge an electric car, with prices currently over €15.50 per charge - but again, when you consider how much it costs to fill a tank with petrol these days, that begins to seem like a bargain.

While that cost per charge  figure might seem high, it’s actually in line with most other western European nations such as France, Germany and the UK.

Where and how do I charge the car?

Electric cars can be charged at home, at work or at one of Ireland’s many charging points on the public network. There are currently 1,350 points available around the country and that figure is only going to grow from here.

Alternatively, you can simply charge the electric car at home, though this will require specific electrical vehicle supply equipment (EVSE). But the good news is that the government offers a €600 grant towards your EVSE and once it's in place, you can often charge your car for as little as €3 overnight.

How much will an electric car save me?

We can start looking at electric cars as investments. They may be a little more expensive than what you can still pick up a traditional petrol car for, but the savings further down the road can be substantial.

A Ford Focus that was driven 16,000 km over 12 months would cost somewhere in the region of €1,970 based on current fuel prices. An electric car, on the other hand, the Nissan Leaf 40Kwh all-electric for example, would cost around €330 in electricity for the same distance, meaning a saving of at least €1,640 over the year**.

Is it worth getting an electric vehicle?

There has never been a better time to purchase an electric car. With prices tumbling and government-sponsored grants still in place, it makes sense to seriously consider making the jump to electric.

Many of the issues surrounding electric cars have now been addressed, with better batteries, a longer maximum distance range and lower prices than just a few years ago. And with the world struggling to address the effects of climate change, making the change to electric not only helps you, it also helps the planet.

Hi, I'm Fardosa and I work in the Marketing team here at 123.ie. Please sit back and enjoy our blog posts, hopefully you find them enjoyable and helpful.