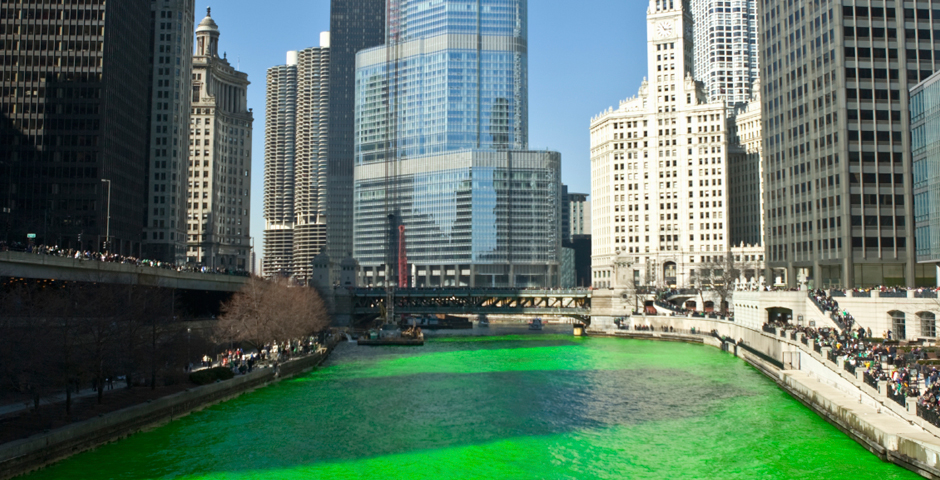 They say everyone is Irish on St. Patrick’s Day. Well, it certainly looks that way…

Every year on March 17, the Irish and the Irish-at-heart across the globe celebrate St. Patrick’s Day. What began as a religious feast day for the patron saint of Ireland has become an international festival celebrating Irish culture with parades, dancing, special foods and a whole lot of green.

You know all about the St. Patrick’s Day parades in Dublin, New York and practically every town in Ireland. But there are other parades around the world you may never have realised are helping us to celebrate.

Here’s the funny thing: Ireland and the Irish have had such a huge influence all over the world but there are some places where we’ve made a bigger mark than others.

In Buenos Aires, Argentina , a party is held in the downtown street of Reconquista with 50,000 people in this street.

One of the longest-running and largest Saint Patrick's Day parades in North America is held each year in Montreal, Canada, whose city flag includes a shamrock. The parade has been held annually without interruption since 1824.

The largest parade in Britain is in Birmingham - the organisers describe it as the third biggest parade in the world after Dublin and New York. There’s a parade in London too, since 2002, held on weekends around the 17th, usually in Trafalgar Square.

Saint Patrick's Parades are now held in many locations across Japan while Malaysia’s St. Patrick's Ball is the biggest St Patrick's Day celebration in Asia.

There is an annual international Saint Patrick's Day festival in Moscow and other Russian cities and parades in South Korea, events in Africa, Switzerland and of course all over the United States, Australia and New Zealand.

So now for the quirkiest Saint Patrick's Day celebration: Astronauts on board the International Space Station have celebrated the festival in different ways. Irish-American Catherine Coleman played a hundred-year-old flute belonging to Matt Molloy and a tin whistle belonging to Paddy Maloney, while floating weightless in the space station on Saint Patrick's Day in 2011. Chris Hadfield took photographs of Ireland from earth orbit, and a picture of himself wearing green clothing in the space station, and posted them online in 2013. He also posted online a recording of himself singing Danny Boy in space.

So wherever you are this March 17th, you probably won’t be celebrating alone.

Hi There, My name's Naomi and I'm a Digital Marketing Specialist here at 123.ie